While Macs are a great investment and are worth every penny, one should not think of them as these computers that are without any faults. You are bound to encounter various problems eventually.

There might be instances when you cannot fix the problem yourself, and taking the Mac to a repair store is the only solution.

Nevertheless, some of the easier and more common issues are manageable even if you are not that tech-savvy.

Here are some things that you will likely have to deal with while using a Macbook.

And remember that thorough work will deal with the issue eventually, so take the time that is needed.

Not everyone needs to use a microphone, but given the current pandemic, a lot of people have to work from home.

And communication on Zoom or another software without a microphone is more or less impossible.

Learning how to fix the mic is not that hard.

For starters, try testing the mic on different applications, and if you get no reaction, it means that there is definitely something wrong with the mic itself and not the app you are using.

You could also go to the settings and see whether the input level is optimal.

If the problem continues to persist, try deleting system junk and resetting PRAM.

And if that does not help, you are left with reinstalling the OS, which might seem too much, but it should be the best option in case you do not want to leave the Mac in a repair store.

Overheating is not something you will deal with in the beginning, but it is bound to appear sooner or later.

The issue may stem from a poorly ventilated room that you are in rather than the computer itself.

Think about that before you jump to conclusions.

As for other causes, dust and dirt inside could certainly be the one to be behind overheating.

Do not wait until it damages internal hardware. Clean all the filth that has accumulated inside.

Lastly, you may want to consider getting a cooling pad. It is not the best solution, but you can think of it as a way to fight off overheating.

And as a bonus, you will have a resting place for your Macbook, so it is a win-win situation.

Hard drive space will also come back to bite you back if you are not careful with your data management.

The drives themselves do not offer that much space in the first place.

Thus, the problem can get out of hand pretty quickly.

People who like to hoard files will have to work extra hard.

The most common solutions to this problem would be deleting junk data like caches and unnecessary backups.

Folders for downloads and email attachments might also have more stuff than you expect.

Old applications, language packs can also be removed without worrying too much.

There are external storage devices as well as clouds you can use to transfer some files.

Finally, if you consume a lot of media, subscribing to streaming platforms for music or movies would eliminate the need to keep large media files on the computer.

4. Stuttering And Other Performance Issues

Stuttering and mediocre performance will not disappear if you leave it be.

These problems require work, and you cannot really find a cause and solution that easily.

Perhaps it is your hard drive, or maybe your applications are consuming too many resources.

Viruses and malware could also be the cause.

If you notice that the situation is getting worse as time passes, you are probably better off taking the computer to a service store and running some diagnostics.

It ought to save a lot of time and money, especially in the long run.

Not having an internet connection is quite difficult to fathom for modern times.

In most cases, it should be the ISP that is behind the problem.

Restarting the router or unplugging the cable and putting it back on again usually solves the problem.

However, there are cases when even a new OS update breaks the internet because it messes with the ports.

When this happens, see what the error message is like.

It is more than likely that there is already an answer because other people have experienced the same issue.

Use your smartphone or ask someone you know to look for a solution on the internet and see whether that will help.

6. Problems With Battery And Charger

Get into the habit of paying attention to your battery life early.

Do not take the charger plugged in when the Mac is at 100 percent.

Let the computer rest when you are not using it.

Also, do shut off background applications that you are not using. 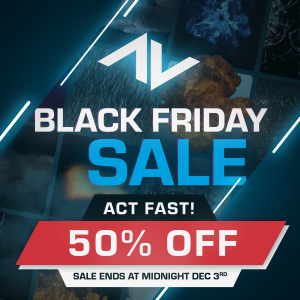 How To Create An Online Course In 8 Easy Steps